During The social animal 2019, social psychologists talked about the newest developments in their area of expertise in pecha kucha format: Each speaker used 20 slides of 20 seconds each. The evening was moderated by Sofie van den Enk, who is also a presenter on national Dutch television and radio.

Bertjan Doosje kicked off with a presentation on whether or not terrorists are psychologically disturbed. He described how, in addition to personal factors such as psychological health, the group plays a much more important role in radicalization and terrorism. After being asked about his God helmet, Michiel van Elk talked about absorption and extraordinary experiences. He proposed that the trait of ‘absorption’ can help to explain why spiritual experiences come easily to some but not to others. Next, Jan-Willem van Prooijen discussed belief in conspiracy theories. He argued that conspiracy thinking is rooted in normal psychological reactions of the brain to feelings of threat. Subsequently, Justin Richardson told us about the social impact of gas extraction in Groningen. He presented some core findings from the Gronings Perspectief research project, and highlighted the role of social relations and how these relations can be of use during disasters. As the final speaker of this first block, Wiebren Jansen showed that organizations publicly substantiate their views that that diversity is important by using pragmatic arguments.  Yet such arguments stating that diversity is beneficial may, paradoxically, not be beneficial.

In the 15-minute keynote, Tom Postmes talked about collective discontent, polarization and protest. He asked the question: what do we really know about mass movements and societal sea-changes? He provided the audience not only with a vivid imitation of a crashing plane, but also with insight into the projects through which he has been trying to answer this question for the past 6 years, in close collaboration with various Dutch ministries.

After warning us about the violent content of her presentation, Lotte van Dillen focused on crime investigation through visual evidence. She discussed how inclusion of high quality audiovisual evidence in legal trials may affect people’s perceptions of a crime, and what we can do to normalize these influences. Next, Ellen van der Werff asked the question whether sustainable behaviour instigates other green behaviours. She concluded that such positive spillover is likely when people feel their sustainable behaviour was not motivated by money – the focus of many campaigns – but by their environmental concerns. The central question in the talk by Ilja van Beest was: What’s in a face? He argued that people form impression based on facial appearance and that this has consequences in a variety of contexts, ranging from Italian election outcomes to Airbnb list prices in New York. This block was concluded by Reine van der Wal, who pointed to a contradiction in perceptions of children with divorced parents. On the one hand, children show incredible resilience and they are overall satisfied with their lives. On the other hand, they can also be traumatized by the divorce of their parents.

In the last block, Jasper de Groot zoomed in on the smelly animal. He countered traditional beliefs by explaining that humans have an excellent sense of smell. Indeed, people take over others’ fearful state when exposed to their fear sweat. Next, Anne Marthe van der Bles showed us that people who worry about the state of society are more likely to vote for extreme political parties. She argued that, hence, societal discontent should be taken seriously. Tessa Lansu described how popular children show socially competent behaviours as well as bullying and risk-taking. Although their classmates typically say popular children are nice, this dark side of popularity does shape classmates’ automatic reactions to popular children. Last but not least, Yasin Koc talked about sexual objectification on Grindr, a dating app for men who have sex with men. He found that sexualized clothing choice (not wearing a shirt) and having a picture with a focus on body rather than face were both linked to more short-term dating goals than interests in relationships.

All in all it was an entertaining evening, with presentations that mixed moments of reflection with moments of laughter. The breaks were full of vivid discussions among scientists and the broader audience alike. The social animal 2019 was a successful follow-up from the Kuddegedrag 2018 event in Tivoli, with thought-provoking and stimulating peeks into social-psychological research. 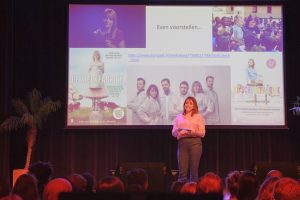 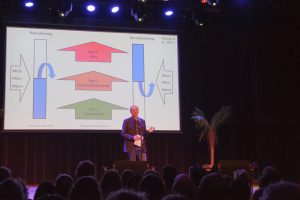 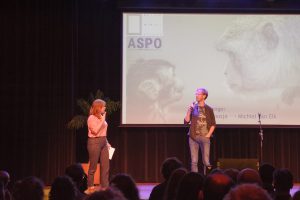 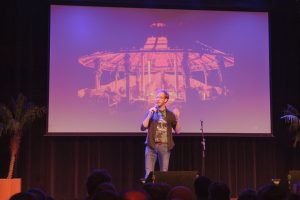 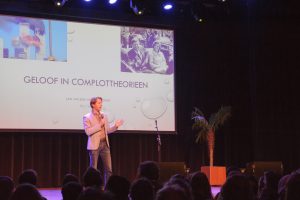 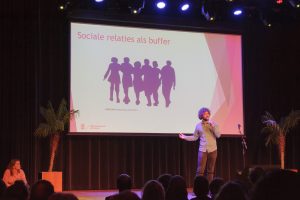 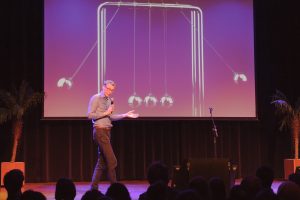 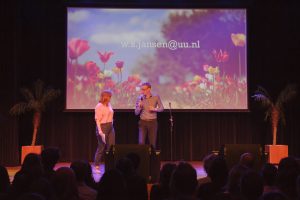 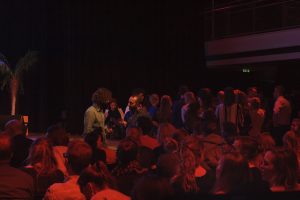 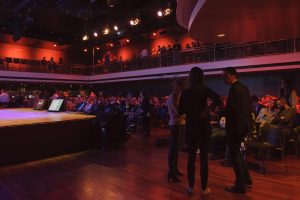 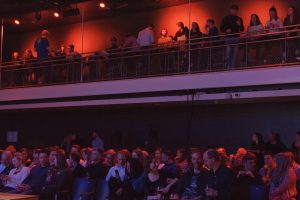 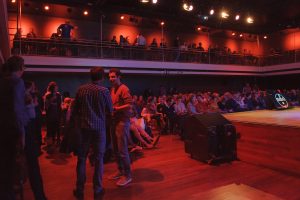 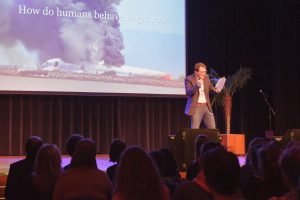 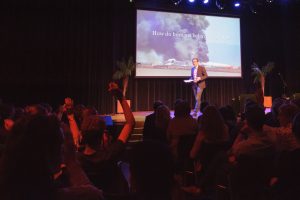 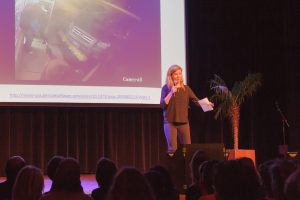 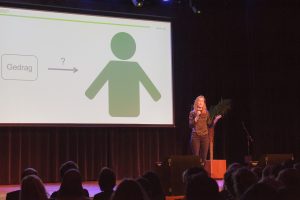 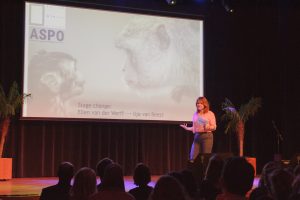 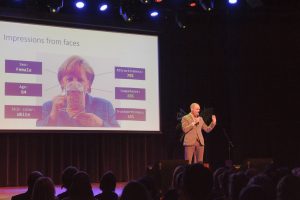 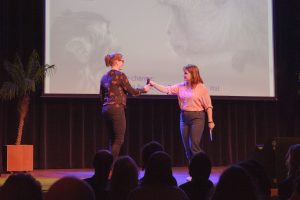 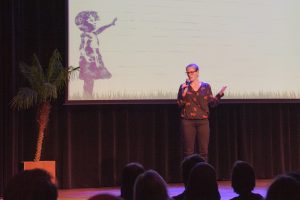 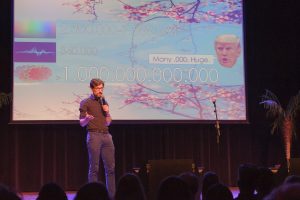 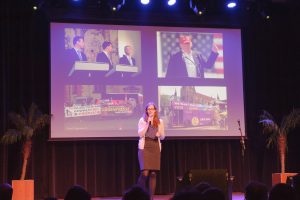 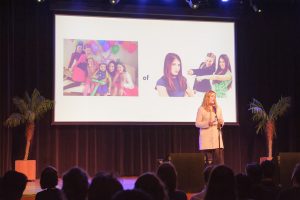 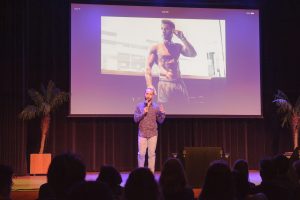